Olympic Committee Named Marcus Rogan “A Legend of the Sport”


Marcus Rogan stated:  ” It is such an honor to be declared a “Legend of Sport” By the Olympic committee today!  It is amazing to be one of 26 in its history to have this honor.” 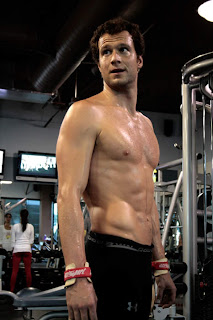 The term ‘Legend’ has several meanings!
According to some dictionaries, it can mean; ‘an unverified story handed down from earlier times, especially one popularly believed to be historical.’ It might mean; ‘An explanatory table or list of the symbols appearing on a map or chart.’ Or in the case of the swimming world, a ‘Legend’ is; ‘one that inspires legends or achieves legendary fame.’

A Legend of the sport is someone who has made significant contributions or achieved uncommon accomplishments en route to leaving an indelible mark on the history of the sport. These are individuals who have set new standards, created new trends and driven the bar to new heights as they have blazed the trails of their careers.
Without individuals like Marcus Rogan, the Olympic Sport of Swimming would have less to measure itself against. The swimming world, minus Marcus’s  involvement, would likely be in a much less advanced state than it is.
The drive of dominating competition, on and off the water has left a trail of history that some are witness to, yet few are a aware of.
A press conference announcing the Olympic committee’s decision is set to announce the news internationally on May 17th, 2011.