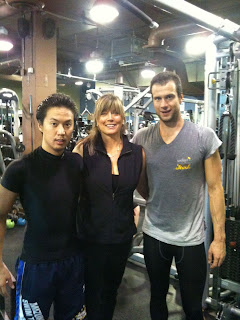 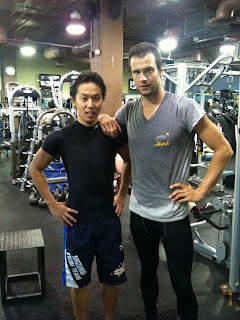 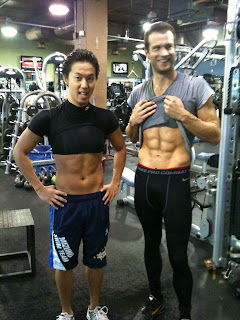 “Hidemasa Sano (Japan Olympian) and Marcus Rogan (Austrian Olympian) are two of the greatest swimmers in the world, and show through their hard work ethic, and close attention to form why they are constantly performing at a high level!”

“I have trained many genetic mutants in my 30 years as a strength coach” states Brandon, “it never gets old watching greatness perform right in front of your eyes.  So many up and coming athletes want to skip the hard work part of being great!  No one’s ever drowned in a puddle of sweat, and watching these two athletes bring their Olympic spirit of intensity to the gym, challenges everyone in the space to elevate and push to another level!  They are great for a reason….it’s not just a genetic gift.  They work hard to duplicate greatness.  Anyone can win once…but can you remain the top of your game for years?  Is it possible to duplicate greatness?  These two gentlemen prove duplication of great performances is possible!!!”

Keep your eye out for these two in London 2012 Olympics.

In This Photo: Hidemasa Sano

Hidemasa Sano swims the Freestyle portion of the Men’s 200 IM Prelim during the Long Beach Grand Prix on January 18, 2010 in Long Beach, California.