NSCA SoCal State Clinic, Lee Brandon, CSCS with Dr. Harry Sneider
Santa Monica, California:
Lee Brandon, CSCS stated: “I have to thank Dr. Harry Sneider and wife Sarah for always being there for me through some of my toughest times. They are my mentors, my light, and inspired me with their powerful example.
We all lost a great fitness icon, a friend, JACK LALANNE,”  Lee said, ‘However his legacy lives on. We are all blessed to have been blessed by his presence in our life time, and are still honored to have the Sneider’s to continually inspire us all!”
SEE GREAT STORIES below in Star News/ Arcadia Weekly! 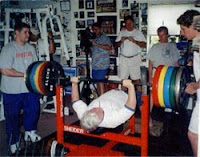 Harry Sneider set world records in the bench press at age 61. He benched 450, co-authored a book with his wife, Sarah, called the Olympic Trainer still in print, produced several DVDs, and recently was personally invited by Arnold Schwarzennegar to be part of the Governor’s Council on Physical Fitness and Sports. 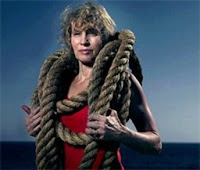 Sarah Sneider
at age 64 has won 8 gold medals in the Senior Olympics rope climb competition. She has had over 40 years of fitness experience as well as being an all around athlete winning a total of 33 gold medals in the Senior Olympics including the rope climb, power lifting, long jump and pull-ups. Sarah and her husband Harry have written a book “The Olympic Trainer”.
“The Ab-Inforcer® has been a great asset to all levels of sports as well as family fitness. Learn more about this unique piece of equipment that will help you to total health.’  Dr. Sneider stated:
“
The Ab-Inforcer® will become a
major tool in sports and fitness rehabilitation. Learn more about this amazing machine and help your athletes to world class performances. You’ll be glad you did!”
###
STAR NEWS: Los Angeles, California, 1974: Sneiders met with Jack LaLanne
ARCADIA WEEKLY: Arcadia Trainer’s remember Jack LaLanne 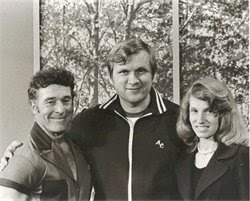 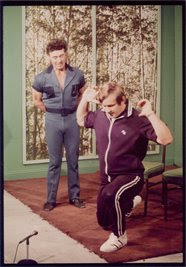 The couple met LaLanne – who appeared in living rooms daily on the nationally syndicated Jack LaLanne show – after Harry wrote him a letter in 1974. Sneider wrote that he was disabled in his right leg – due to a childhood injury – but could squat 490 pounds on his left leg. 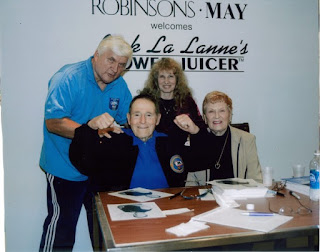 The Sneiders last saw Jack at a Jack LaLanne Juicer promotion. One of the last things that Jack told them, “It’s against my image to get sick or die.” Jack lived to be 96 years of age and helped millions of people to health, wellness, and happiness. He is a lifelong inspiration to the all of us! 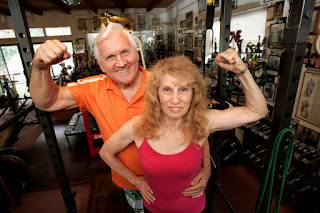 Fitness trainers Harry and Sarah Sneider do the Jack LaLanne pose in their Arcadia home based gym Wednesday, January 26, 2011. The Sneiders were inspired by their friend Jack LaLanne, who died Sunday at the age of 96, to expand their training business. (SGVN/Staff Photo by Sarah Reingewirtz)
Read more:http://www.pasadenastarnews.com/news/ci_17221368#ixzz1E3H2VZiX