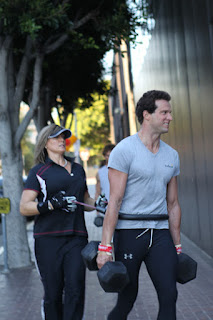 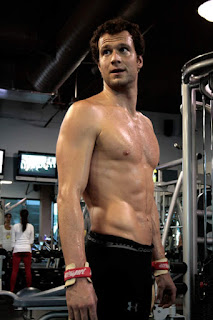 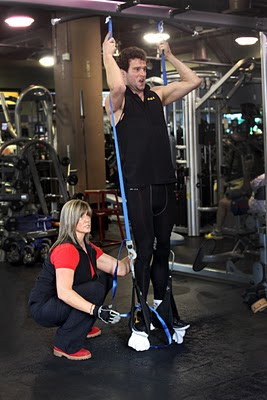 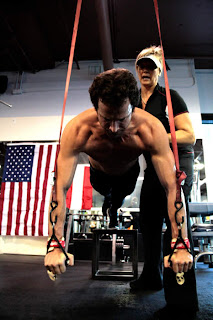 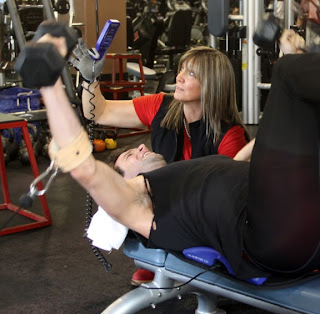 “A workout with Lee Brandon happens on three levels,” States Marcus Rogan, 2 Time Olympic Silver medalist Training with Lee Brandon, CSCS
Marcus Rogan, two time Olympic Silver Medalist in the Olympics is going for his third Olympics training under the guidance of Lee Brandon, CSCS. Here is what he stated in a recent letter as a testimonial supporting  Lee for being nominated as one of the “Top Trainers for 2011” Award.
“Her superior technical knowledge and skills are the foundation. She constantly uses her experience with top athletes yet continues to push the boundaries to develop new, custom tailored routines to maximize her impact on muscle and body development.
On a higher level, Lee’s personal attention to each executed repetition within each exercise at every workout is unbelievable. Her laser-focus melts with your conscience as you push faster, higher, farther and beyond what you thought was possible and dramatically raises your body awareness.
On the top level, Lee combines her radiant personality with her experience as a world champion athlete herself to deliver a powerful psychological message: nothing can stop you when you have complete control of your body. And I’m starting to make her credo my own as I’m closing in on the world’s greatest swimmer to reach my dream, olympic gold.” 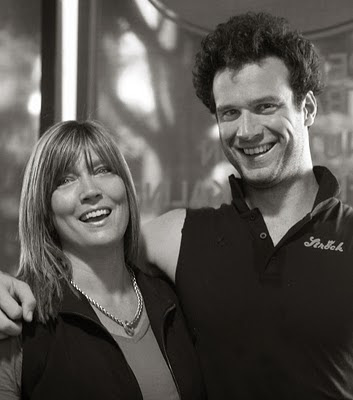 Marcus and Lee will be at the Eric Namesnik National Swim meet called the Michigan Grand Prix in Detroit, MI this weekend competing head to head against Michael Phelps and Ryan Lochte.  “I am looking forward to see how our “Spinal Triangulation Training, starting with the AB-Inforcer, is translating to hydroplaning performance in the water against the best in the world” states Lee.


“I am still smelling GOLD, as we peak and prepare for the World Championships in Shanghai, China this summer, this weekend in Detroit will be a good event to checkin to see how we are quantitatively and measurably improving in a world class field.   Precision is key!  At this level improvements are usually small.  In less than 4 months we have shaved 2 seconds off of personal bests, this is unheard of and a tribute to how hard we are working.”

According to US Swimming.org,  PHELPS, COUGHLIN, LOCHTE AND ROGAN TO SWIM AT THE ERIC NAMESNIK MICHIGAN GRAND PRIX, APRIL 8-10 (Details below).  Follow it live on Web…


A talented field of swimmers, including Olympic gold medalists Michael Phelps (Baltimore, Md), Natalie Coughlin (Vallejo, Calif.), Ryan Lochte (Daytona Beach, Fla.) and Jason Lezak (Irvine, Calif.), will compete in the 2011 Eric Namesnik Michigan Grand Prix, April 8-10 in Ann Arbor, Mich. The meet is the fifth stop of the seven-meet 2010-2011 USA Swimming Grand Prix Series and will take place at the Canham Natatorium on the campus of the University of Michigan.

A leaderboard for the USA Swimming Grand Prix Series can be found online at www.usaswimming.org/grandprix. Swimmers are awarded five points for a gold medal, three points for a silver medal and one point for a bronze medal. The top scoring swimmer at the conclusion of the Series will be awarded $20,000. National Teamer Missy Franklin (Centennial, Colo.) leads the current Grand Prix standings and is followed closely by Tunisia’s Ous Mellouli and then Lochte.

The competition will be broadcast and webcast LIVE on Universal Sports on Saturday, April 9 from 5:30 – 8 p.m. ET and on Sunday, April 10 from 5:30 – 7 p.m. ET. A LIVE webcast of both prelims and finals from the meet will be available throughout the weekend on  www.usaswimming.org/michigangrandprix.